This month Brodie interviewed Ryan Gray, recently returned from a successful European tour at the Junior World Orienteering Championships (JWOC) in Portugal and the World Orienteering University Championships (WUOC) in Switzerland. Ryan is about to journey back to Portugal for the JWOC forest races, rescheduled from July due to bushfires. Ryan lives in Brisbane, racing for the Queensland Cyclones in the National Orienteering Leagues, and recently had impressive back to back victories on the first day of the Australian Championships carnival. 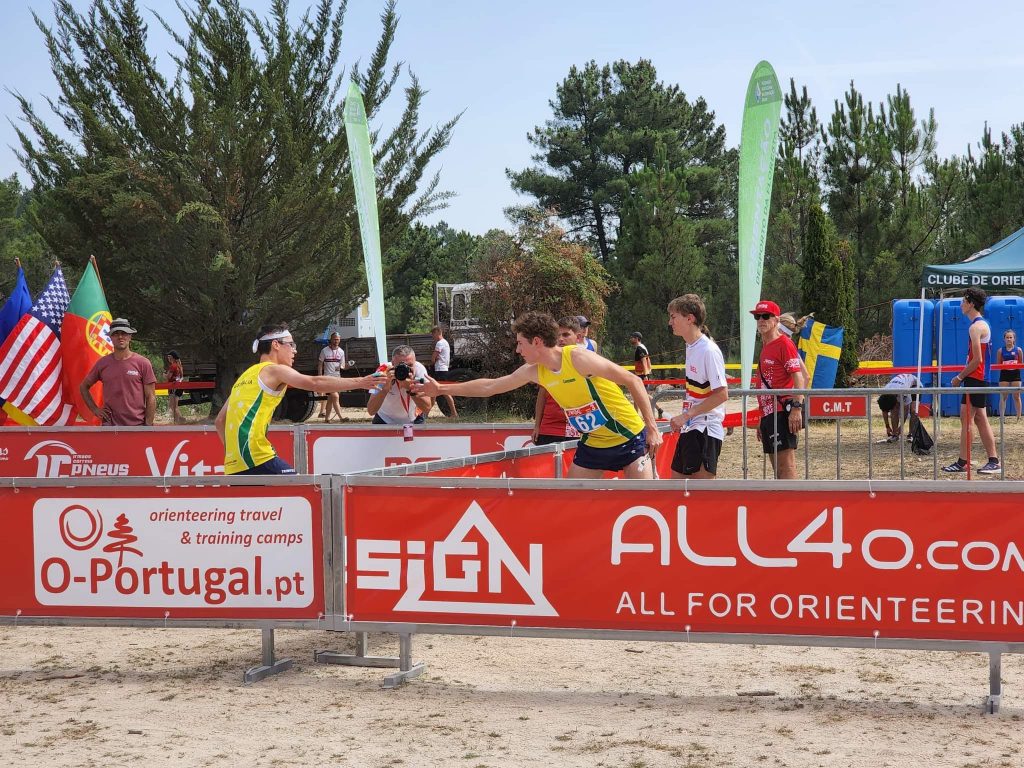 Hi Ryan, its been great to watch you this season, with some really strong results both domestically and internationally. How have you felt 2022 has been so far?

It’s been my favourite year of orienteering so far! I was pleased with most of the NOL season, and it was amazing to have the opportunity to follow it up with big races overseas. It opened my eyes to just how much further there is to go, with every mistake costing a couple of places it forced me to consider my processes and errors with a lot more scrutiny than I would in Australia.

Well congrats on a great season, will be good to see you progress to the next level! How did racing at WUOC compare to JWOC?

WUOC was a loooot more intimidating. I had just spent 2 months immersed in all things orienteering so by this point I knew the names and achievements of some of the athletes I was racing against which definitely felt like a step up from JWOC. It was unnerving warming up in a field with people who I’d paid to watch on an IOF World Cup livestream just a week earlier.

I felt physically better at WUOC without the heat and some other health problems I had at JWOC, so it had more of a ‘race’ vibe instead of just trying to get around. Running the longer races at WUOC meant there were times where I was properly alone in the forest which made it feel a bit closer to an Aus race than the hectic crowded Portuguese village sprints

Sounds like a bit of a contrast, you can see why WUOC is a bit of a steppingstone to WOC in the future. So you are headed back to Portugal soon. What are your expectations and what are the goals?

I’m trying to go in without expectations so I can focus on executing my processes during the race and getting the best performance I can. I’m feeling a lot fitter than July and bush races have always been my favourite disciplines. So I’m hoping to improve on my results from the JWOC sprint but I have no loftier goals than that, I’ll just see what happens.

A good approach, I’m sure there are many in Australia keen to see what happens! What’s on the horizon for 2023? Any plans in place at the moment?

I’m hoping to race in Europe again in 2023 but haven’t thought much further than that. One of my future goals is to run for Australia at a World Cup, I’d love to in Czechia next year but realistically I might be a few years away from that. Closer to home, I’ll be running M21E for the first time at a championship in Oceania in January, so I’m looking forward to seeing how I stack up against the seniors!

Awesome, good luck with Oceania and your aspirations for 2023. Ok let’s get into the quickfire round. Favourite race during your European travels?

The unofficial urban sprint relay at JWOC. The sun was shining, the village residents had come out to watch, flowers were lining windowsills and people were running at full speed EVERYWHERE. What more could you want!

Quinto do Meio, the first forest training map we ran on in Portugal. We popped out at the start triangle onto the most beautiful, open bare-rocky hillside you have ever seen, with even some eucalyptus trees surrounding it! It felt like a faster version of the maps back home, but the maze-like thickets below quickly reminded me that it was not going to be that simple 😊.

I make sure my bib isn’t perfectly lined up and symmetric as a way of reminding myself that I need to focus on the map and the forest, not the bells and whistles and cameras that come with big races. My bib came off during the WUOC middle but I’m pretty sure it was unrelated.

I’m a big fan of the solo long run. Just me, some music, and the freedom to go wherever I want – at least until it’s time to start thinking about making it home without too many kms.

What’s something most people don’t know about you?

I’m super duper competitive at trivia, to the point that I programmed a Bluetooth trivia buzzer app so my family don’t fight about who said the answer first! A year later and I can honestly say family harmony has been restored – I’m still the champion but now its undisputed. Just don’t ask anyone else in my family who’s the best…

Thanks Ryan, it was great chatting. Where can people go to follow along?

Ryan and the other Aussie JWOCers returning to Portugal to run the forest races start competition this Friday 4th of November! Make sure to keep up with the @ausjwoc Instagram account and follow the live action on the JWOC 2022 website here: https://jwoc2022.pt/ 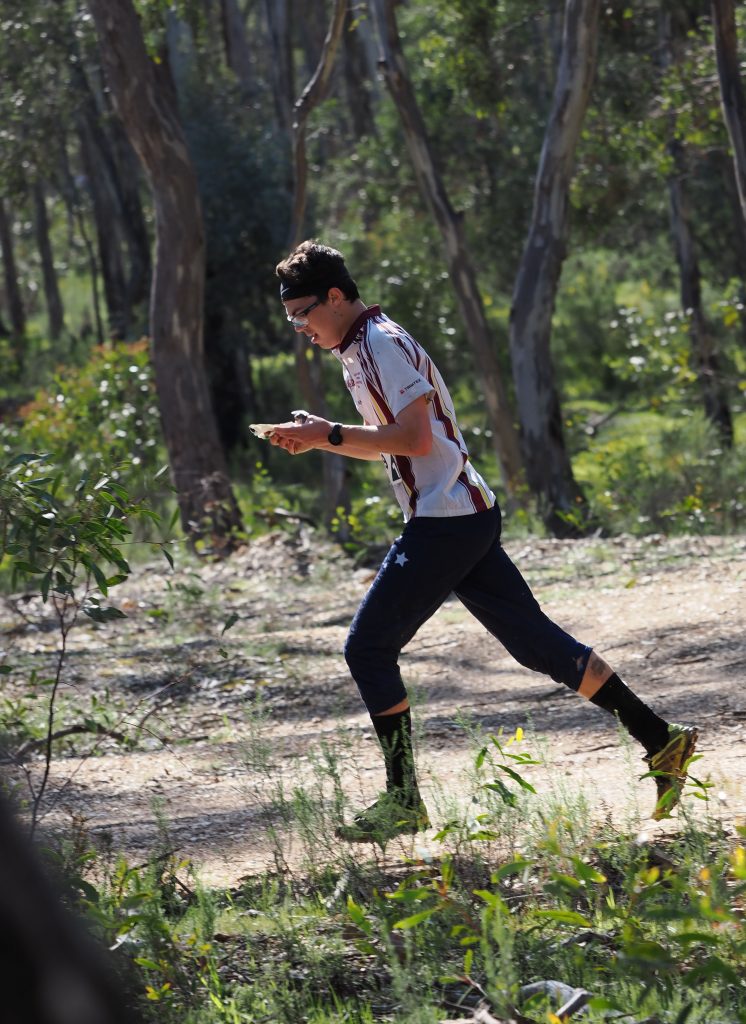 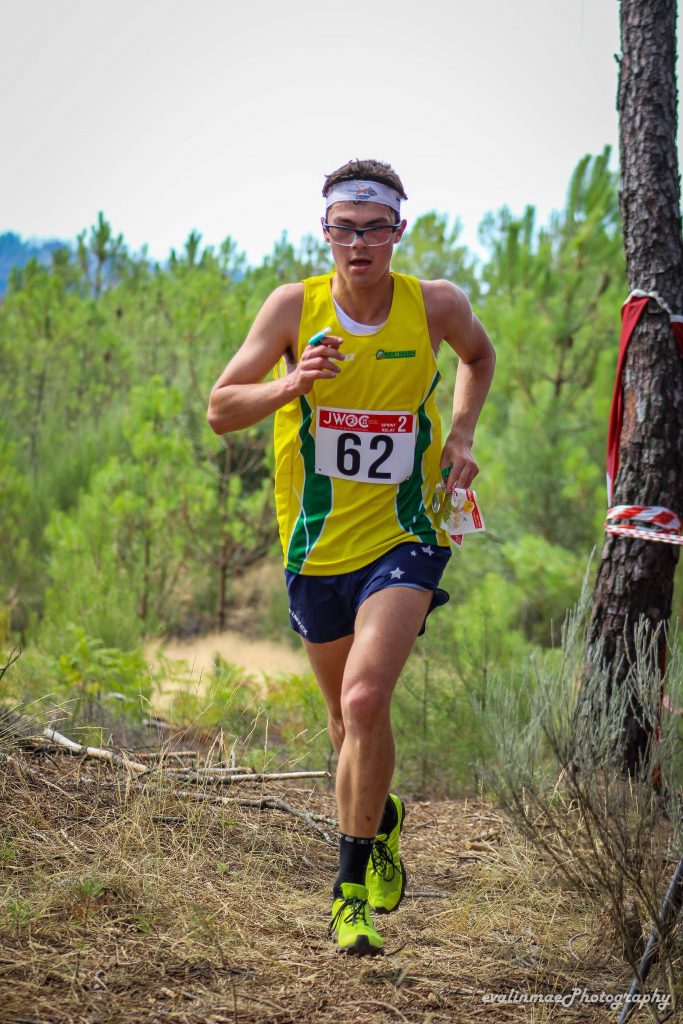