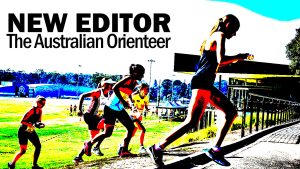 Orienteering Australia is very pleased to announce that Hania Lada is the new Editor of The Australian Orienteer. Hania will begin work as editor by co-editing the March 2023 issue of The Australian Orienteer with retiring Editor Mike Hubbert.
Hania is a scientist and a teacher who has participated in orienteering for most of her life. She grew up in Poland competing for Start Gdansk. This often involved travelling as a group on crowded overnight trains, running the next day and sleeping in school halls. After migrating to Australia in the 1990s, Hania joined Yarra Valley Orienteering Club in Victoria.
Orienteering skills proved very useful during her PhD studies of molecular ecology of the yellow-footed antechinus, Antechinus flavipes, when Hania established random sites in forests using grid paper and a compass, and regularly checked 180 traps by running. After publishing over 20 scientific papers on Australian birds, mammals, invertebrates, frogs and plants, she wanted a new challenge and to inspire the next generation, so she became a primary school teacher. Hania used orienteering and bird surveys as brain breaks for her students, and during remote learning she enjoyed creating fiction and non-fiction texts for them.
Currently, Hania is a coach with Orienteering Victoria delivering activities to primary and secondary schools, she also tutors maths and biology, and makes digital artworks. She likes all forms of orienteering but is yet to try underwater orienteering. She is looking forward to editing The Australian Orienteer.
Orienteering Australia wishes to extend a profound thank you and gratitude to outgoing Editor Mike Hibbert for his many years in the role. Mike has done sterling work in ensuring that The Australian Orienteer continues to be one of the preeminent orienteering specific magazines.